Historically, when people first hear the place name Warrington, it’s not usually (rightly or wrongly) a place which people associate with being a thriving community where jobs and businesses are concerned. In 2015 it was even named the worst place in Britain for culture by the Royal Society of Arts. This was despite Warrington having a museum and art gallery featuring over 200,000 artefacts.

Manchester and Liverpool on the other hand are two of the most exiting cultural centres in the UK. Whilst both cities have their pros and cons, being based in Warrington you wouldn’t have to choose between the two. The distance from Warrington to either of these cities is pretty much the same; therefore you have the benefits of both.

Due to its ideal location, it means the town has a huge catchment area. Both for new businesses looking to set up, as well as city workers from both Liverpool and Manchester. They are all on the lookout for reasonably priced housing within a relatively short commute to their place of work. This ideal location is part of the reason why Amazon decided to locate one of their depots in the area. It’s believed that quite a large number of BBC staff decided to settle in Warrington when their work was relocated to Media City.

Warrington is also in the middle of a major regeneration project

Warrington is also in the middle of a major regeneration project which is great news again for both potential businesses and people looking to move to the area. Not only would this mean there is a strong likelihood of more money being invested into the town, but it could also be an added source of jobs. The £130 million Time Square project is scheduled to be finished in 2020. It will include a Cineworld multiplex cinema, a market hall, new council offices and a public square.

Warrington is also the birthplace of several well known faces. With Ian Brown of the Stone Roses, Chris Evans the TV presenter, Jesse Lingard the Manchester United footballer, and to a less famous extent, Kerry Katona the alleged singer, all originating from the area. It’s a rugby town, with Warrington Wolves competing in the Super league, being established in the top flight since 1895. 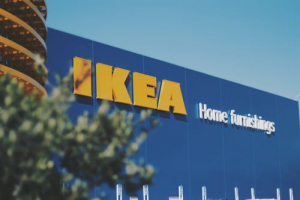 And going completely off topic, whilst doing a bit of research for this article, I discovered something. That the Swedish flat –pack  furniture giant Ikea opened there first ever UK store in Warrington, back in 1987. Little did we know at the time that they would go on to world domination! If you decide to move to the area, deciding where to get new furniture will not be an issue.

Warrington is clearly a town on the rise, and if you contact our Warrington branch today we can talk to you about some of the great roles we have in the area, ready for you take up a new challenge in the New Year!

Don't miss out on jobs matched to you, with our advanced job alerts.